The steps we are taking towards a more sustainable future are comparable to a walking pace. We will get to the end goal eventually, which is the use of clean energy on a mass scale, but it will take a long time. It is imperative to have an end goal in mind, but we must factor in time. There is a pressure from our environment stating that we can’t increase the temperature of the atmosphere by more than 2°C by the year 2100 or the effects of climate change will be irreversible.

It was announced on Monday that we have reached the 1°C mark: we are halfway to the maximum temperature increase before natural disasters as we know them will change forever. It is evident through the events from the past several years that climate change is taking a major toll on people all around the world, especially those who are close to the coast. Hurricanes seem to be weekly instances that wipe out whole cities, each one seems to be getting worse.

Reducing emissions can be done by changing energy sources from high GHG emitting, non-renewable sources (i.e. coal, natural gas) to renewable options such as geothermal or tidal. Many of our collective emissions come from natural practices, such as decomposition or methane release from livestock. Fortunately these two problems can be mitigated though the use of pyrolysis technology; by pyrolizing waste, carbon can be sequestered into the ground and removed from the carbon cycle. For the methane released by livestock (through mass farming) studies are being run on using biochar as a feed additive to absorb the gasses and prevent them from being released to atmosphere.

If we continue at our walking pace, we will reach 2°C much sooner than later. Fortunately, there is enough time left to create lasting change. The Climate Change Conference in Paris is coming up in a few weeks, and we hope to see a binding agreement between all parties representing their nations, both understanding the urgency and showing their dedication to solving the imminent issues at hand on a global scale. 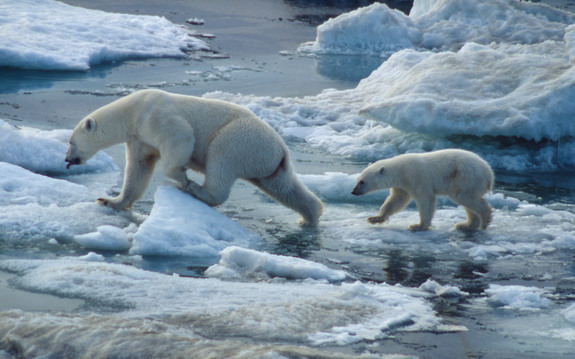